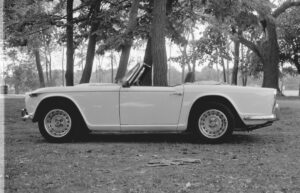 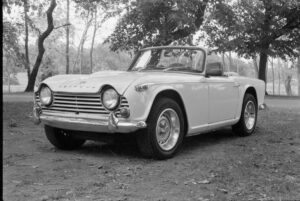 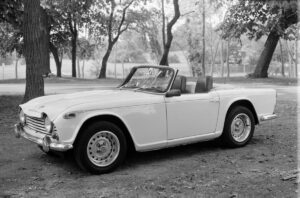 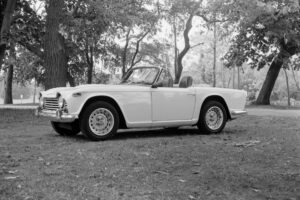 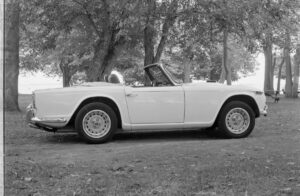 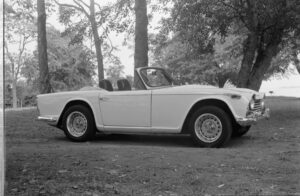 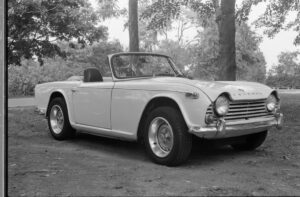 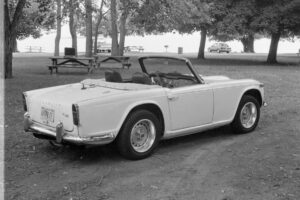 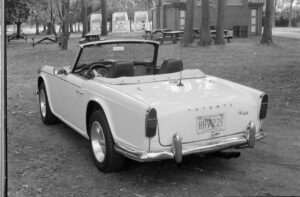 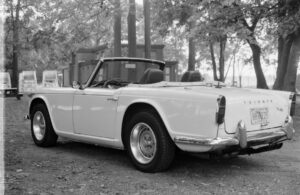 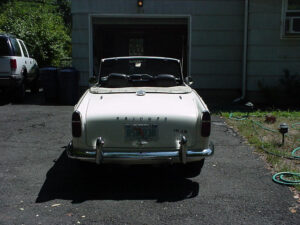 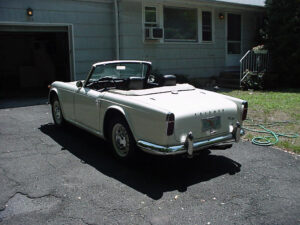 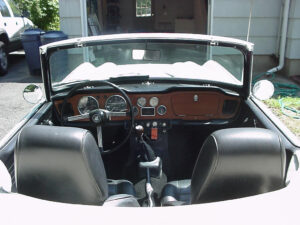 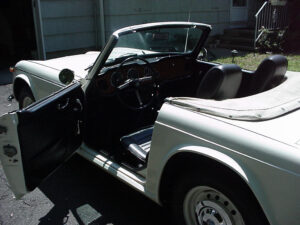 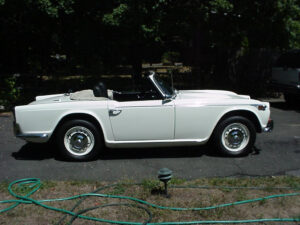 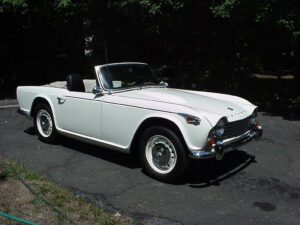 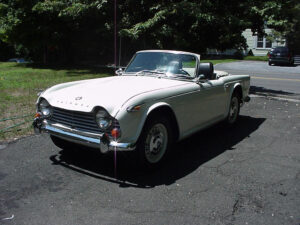 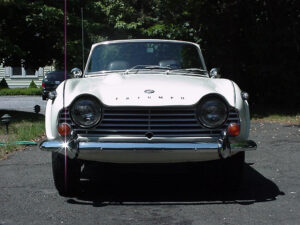 This is "Baby", my second try at owning a proper British sports car. (My first was a 1971 MGB.) Baby was a 1965 Triumph TR4A with an independent rear suspension (IRS) and an electric overdrive unit, the latter two options being somewhat rare.

Baby was a stunner, attracting attention everywhere she went. Unfortunately, like nearly all British cars, she had a Lucas electrical system. That meant Baby would made up her own mind about whether she was going to start (or not) after she got to wherever it was she was going. Needless to say, I got friendly with the nice people at AAA.

The B&W photos (my attempt at being artsy) were taken at Shady Beach in Norwalk, CT shortly after I bought Baby. When I got her (all car's are "her" BTW), Baby's seats and wheels were from a TR6. She also had a white roll bar. Baby was in really good shape, but not perfect. Shortly after my father passed away and I got some money from his estate, I had Baby restored. The work was done by British Motors in Norwalk, CT during the summer of 1998. The color photos, were taken after the restoration.

Sadly, the restoration failed to uncover and fix an issue with the brakes. One day, I went to back Baby out of the driveway. When I went to hit the brakes, there weren't any. The pedal went right to the floor. I threw the engine into 1st gear, but the momentum took over and Baby and I rolled down the driveway and into the street. We were promptly clobbered by two vehicles (one from each direction). I survived. Baby didn't. I was able to start her and drive her back up the driveway, but the frame was bent. Eventually, someone knocked on my door, made me an offer, and I sold him what was left Baby.