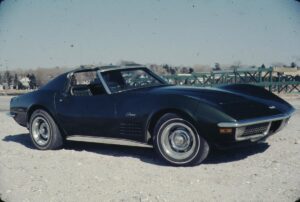 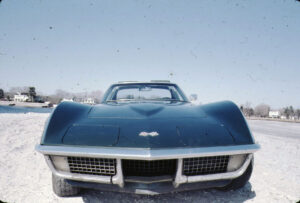 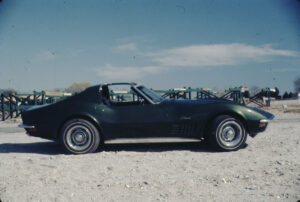 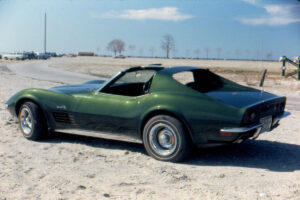 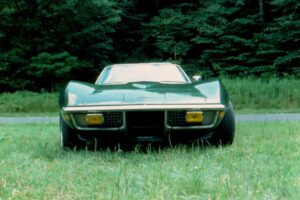 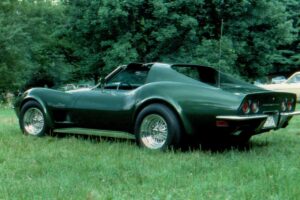 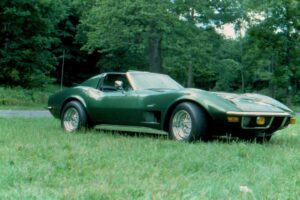 This wasn't the first Corvette I set my sights on. That would have been the light blue, 1967 convertible with the 327 engine and the 4-speed transmission that one of my customers owned.  Initially, her parents wouldn't allow her to take it to college so she was going to sell it to me. Then then they changed their minds. By that time, I'd gotten the bug and was on a mission. The car I ended up with is this one. I'm rather glad I got it, because it came with an interesting backstory.

The car was purchased new in 1970 by a US soldier who was stationed in the middle east.  He died before the he could take delivery, and the car ended up at his base with no owner. It was shipped back to the US and sold at auction to a used car dealer in Bridgeport, CT who then sold it to a Bridgeport fireman. I bought it from him when it was 5 years old. It had 19,000 miles on it.

Because the car was built for delivery outside the US it had some unique options on it. It came with radial tires, Bilstein gas strut shocks, an 11:0 compression ratio and absolutely no emissions equipment. The car was finished in Donneybrook Green and had a green interior. As you can see from the photos, I made a few mods to the car.  I added chrome Dayton wire wheels with real knock-off hubs and had the side grills chromed to go with the wheels. I also added glass t-tops. I loved this car and never would have sold it except that I'd promised my parents that if they helped me with the downpayment on a house, I'd sell the 'Vette. I still had the van, and it was a fair trade.