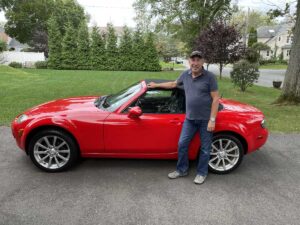 Delivery day. The old owner was kind enough to snap a picture of me before I drove off into the sunset. 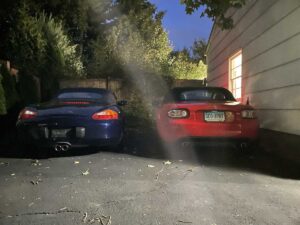 Out with the old and in with the new. My 2002 Boxster waiting for its new owner to come take posession and my new-to-me 2006 NC1 Miata. 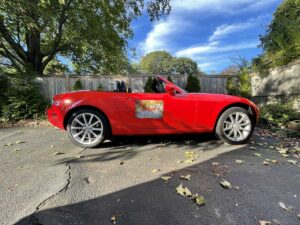 Three days after taking posession, I was thrilled to be the lead driver in the Lime Rock Drivers Club Fall Rally. 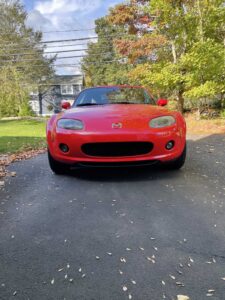 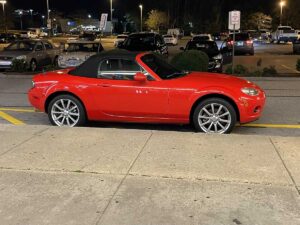 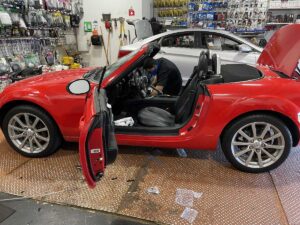 Mod #1: New audio system. The speakers were great, but the radio was the stock Bose system with a CD player and no Apple CarPlay, so it had to go. 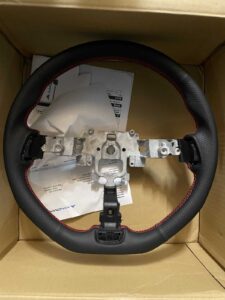 Mod #2: A JDM (Japanese Domestic Market) steering wheel. It's a factory option in Japan. Just not in the US. 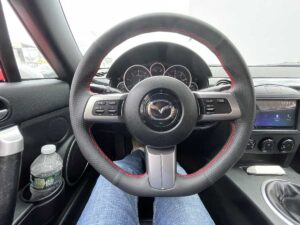 The wheel has better hand grips and the red stitching matches both the exterior paint and the seats. 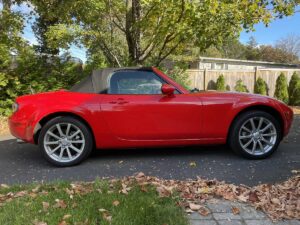 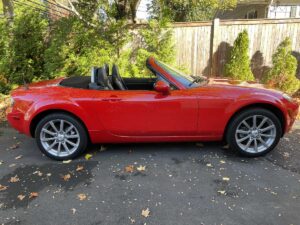 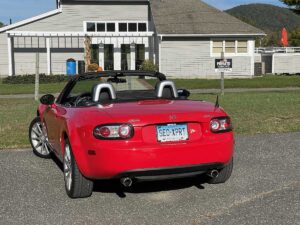 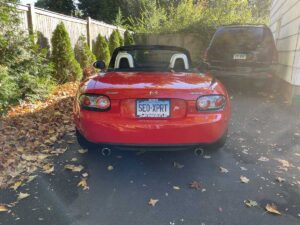 Mod #3: New exhaust system. Better sound and a savings of 3 lbs over the stock system. 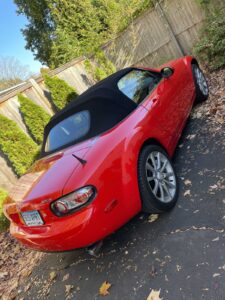 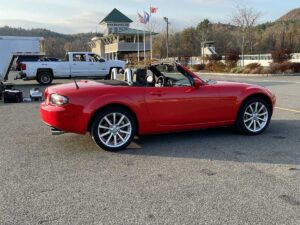 November 9, 2021. Last track day of the season. I'll have to wait until next year when the roll bar goes in to drive the "big" track. 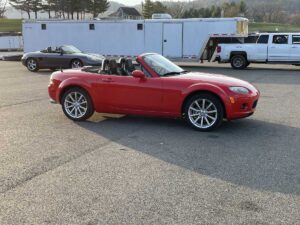 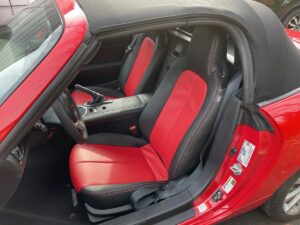 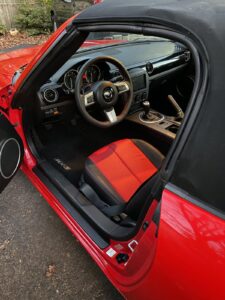 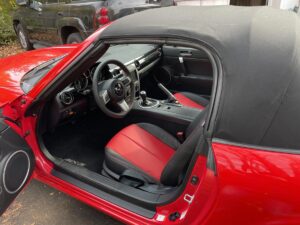 Better shot of the seats. I finally got the seat cusion on the drivers side fixed and the car is way more comfortable now. 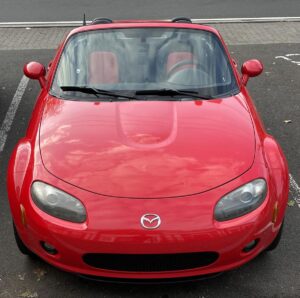 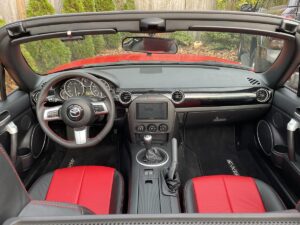 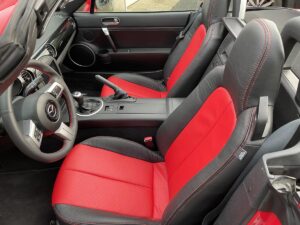 This is the 24th car I've owned (not including the 2 Chevy Blazers, 1 Chevy Trailblazer and the Kia Sportage I've owned with Annette, and the Volvo station wagon and Honda Accord I owned with Janet before that).  This Miata one is a "True Red" 2006 NC1 GT (Grand Touring) which just means it has the 6-speed manual transmission, leather seats, and slightly better suspension. I don't know what it is about this car, but no matter where I go, people come up to me and ask how old it is. When I tell them it's 15 years old, the response is, "Wow. It looks brand new."

Since I made money from the sale of the Boxster, I've added a few things to the Miata: a new radio with Apple CarPlay, the JDM flat-bottom wheel, a new sport exhaust, and new seat cushions. Over the winter, the plan is to upgrade the center console (from an '09 Miata that already has matching black leather and red trim), swap in the wiper switch from an RX8 (because it's got more intermittent positions), add some coil over shocks that lower the ride height a tad and provide some additional stiffness, add beefed up sway bars, the bigger brakes from an RX8, and a roll bar. Can't do track days without the roll bar.

The after I took delivery, I went to get into the car in the morning, and noticed the windows were all fogged up. The night before we'd had some rain, and I suspected that some water seeped in and the dampness caused the windows to fog. Then I opened the door. There was a good 2" of water in the passengers foot well - a clear indication that the convertible top drains had never been cleaned. Time to bail out the car.

By the next morning, and with the car bailed out and the carpets properly dried, I took my position as the lead car in the 2021 Fall Rally for the Lime Rock Drivers Club. About 30 of us members went from the Turtle Invitational in Bedford, NY to a private tour of one of the most astonishing car collections I've ever seen. Bugattis, Dusenbergs, Aston Martins, Fiats, and a number of one-off design studies that would blow your mind. While I have photos, I'm not able to share them. The collection is private, and as a condition of viewing it, we all made a promise that we wouldn't let any of the photos out on social media. The Rally itself was a blast and we have several more planned for the 2022 season. I can't wait to get started with the planning.