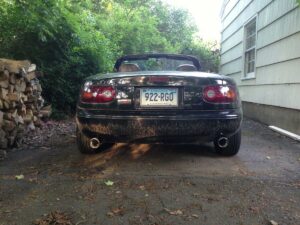 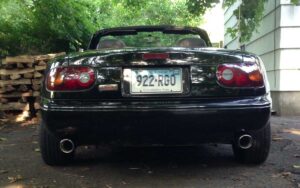 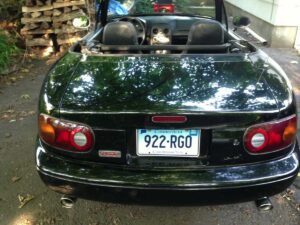 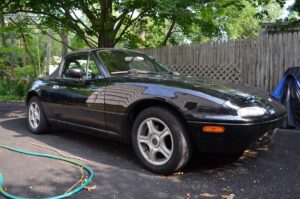 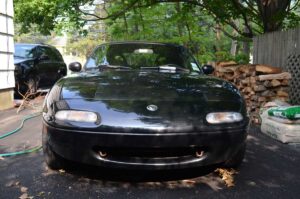 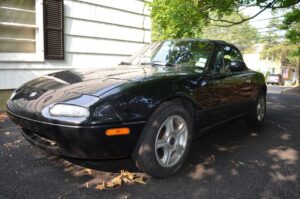 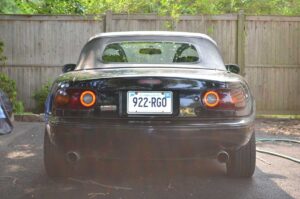 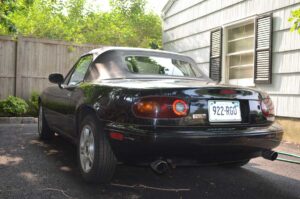 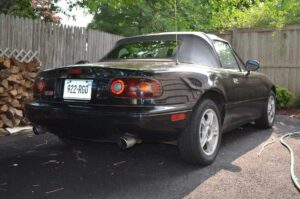 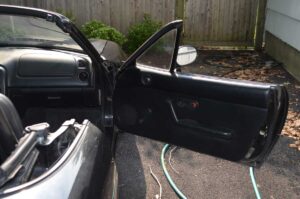 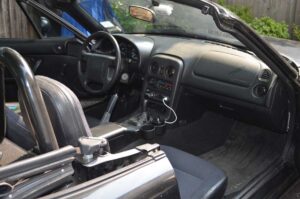 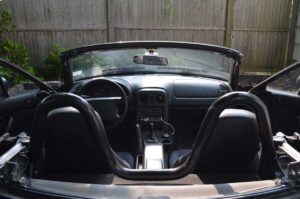 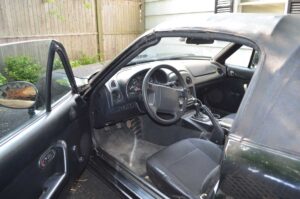 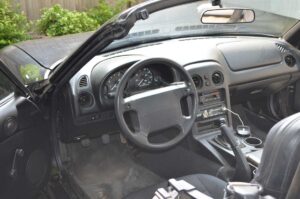 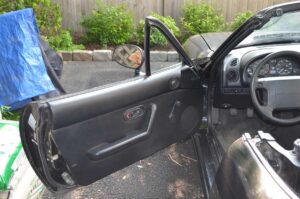 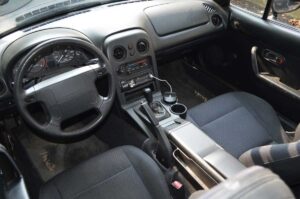 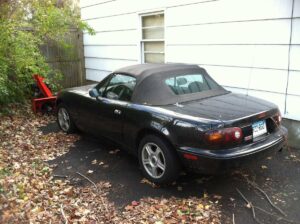 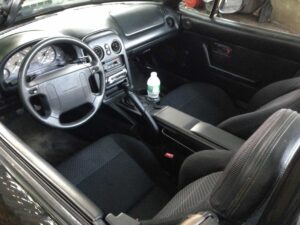 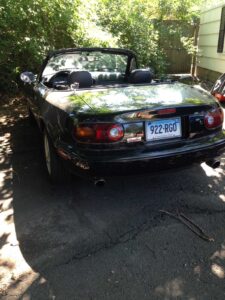 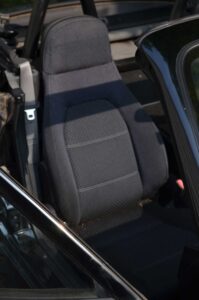 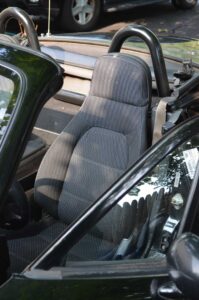 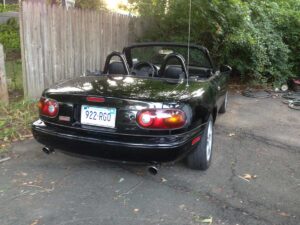 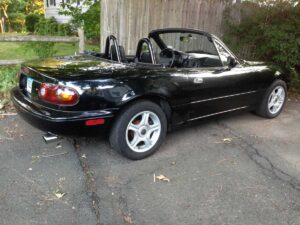 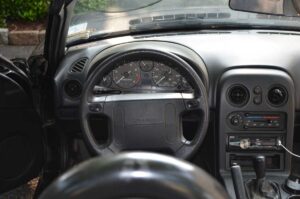 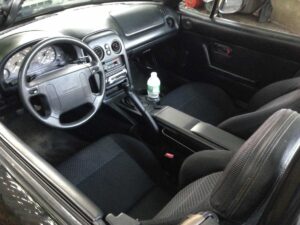 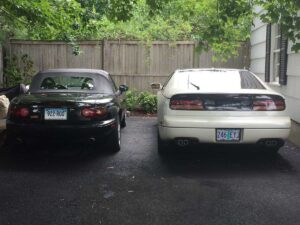 Out with the old and in with the new. The Miata is patiently waiting for her new owner and the Nissan just came back from Portland, Oregon.

My first Miata was my answer to replacing the 1965 TR4A that I wrecked (another story) with something a bit more modern. This time I went Japanese and bought a 1996 first-generation (NA) Mazda Miata base model from a nice woman in Darien, CT. It seems she and her husband were pregnant and a 2-seat sports car didn't factor into their plans. Lucky me.

They we asking $4,500 for it and that's what I paid. The car had about 27,000 miles on it and was in really good shape, so there wasn't an issue with the cost. Over the years I replace the center console with one that had cupholders, and added roll hoops and a dual exhaust system so the car would sound as good as it looked. I kept this one for quite a while - until a 1991 "barn find" Arctic White Nissan 300ZX showed up on Hemmings.