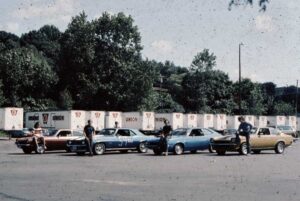 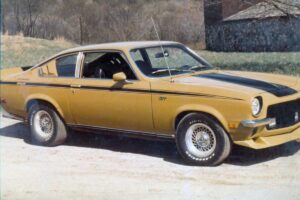 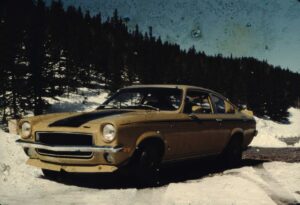 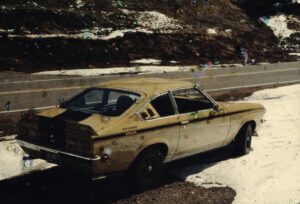 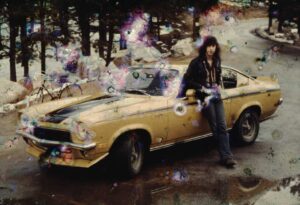 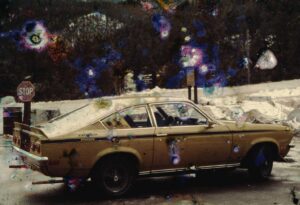 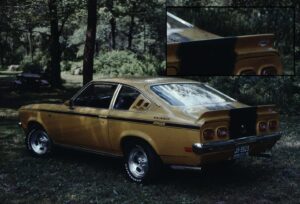 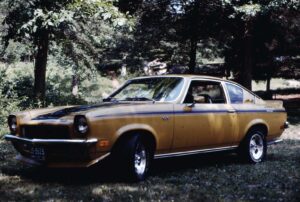 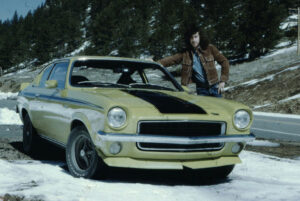 The full Yenko Stinger package wasn't available from the factory. Yenko was able to order the cars from GM using the COPO method, but GM wouldn't ship the engines with the turbo installed. That had to be installed by the dealer using parts from Yenko's Chevrolet dealership in Canonsburg, PA. The dealer I bought the car from didn't want to do the installation (or couldn't) so I made arrangements to take my car out to Canonsburg and have the Yenko dealership do the installation themselves. When it I went to pick it up, I was handed the keys by one of the employees there: Ms. Donna Mae Mims. Not only was Donna Mae physically striking, she was an accomplished race car driver in her own right, competing in Yenko-prepped Chevrolets. She (along with my friend Judy Stropus who's on the Board of my Cars and Coffee Events company) was part of the all female racing team that competed in the 1972 Cannonball Baker Sea-to-Shining-Sea Memorial Trophy Dash.  The real one - not the movie. Judy's part in the movie was played by actress Adrienne Barbeau.

The photos are all scans from slides that had some water damage, which is why the quality is so poor.  Most of the shots were taken at the top of Flagstaff Mountain in Boulder, Colorado during my second year at college.